Music Makes Me High — Does Nicki Minaj have a  problem with Cardi B?

Does Nicki Minaj have a  problem with Cardi B? 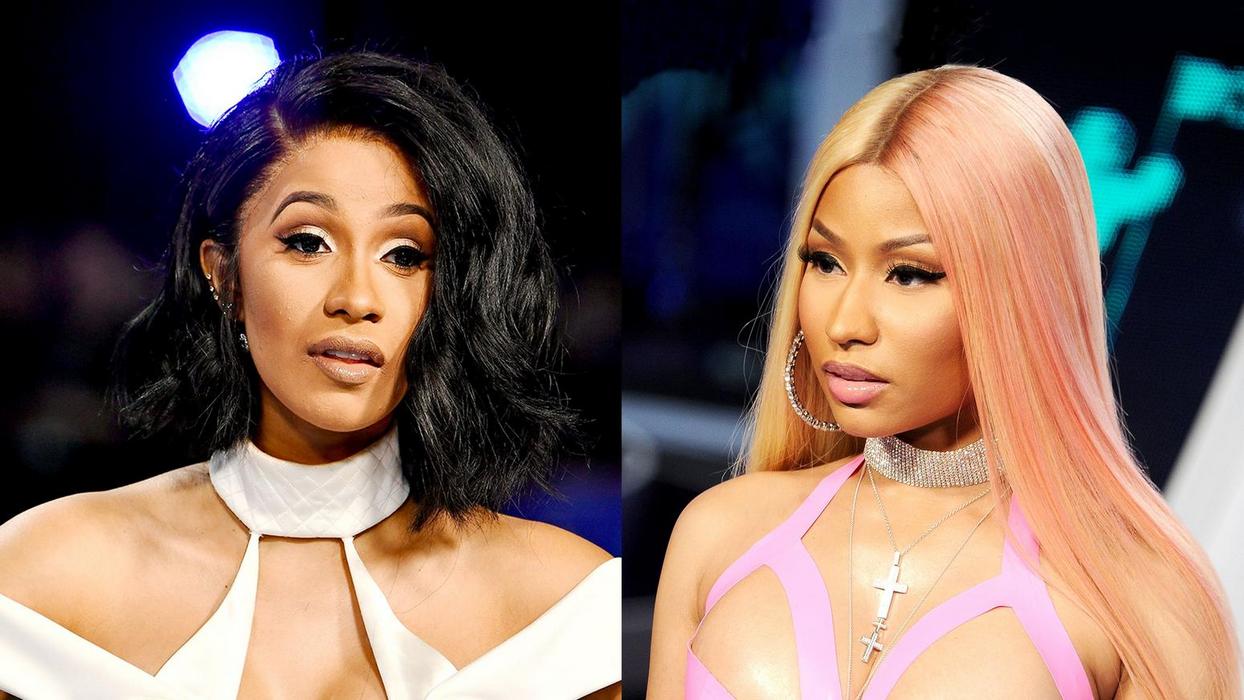 Should they just work together?

Why isn't Nicki Minaj cool with Cardi B? Or at least why does it seem like she isn't? Why can’t two female juggernaut emcees embrace each other? A la Lil’ Kim and Foxy Brown.

Imagine the terror (the 90’s duo) could’ve unleashed if they had done a few songs together over the course of their careers. We will never know, but what we don’t need is another repeat. Nicki and Cardi should get together and set the web, the game, and the world on fire!

Nicki and Cardi’s short past is filled with subliminal disses that beg the question do they have a problem with each other and if so why?

Nicki has solidified herself as a household name in Hip-Hop and is well on her way to being considered one of the greats. She holds the record for the most Hot-100 hits in history with 76 songs, passing Aretha Franklin back in March 2017. Each one of her 3 studio albums: Pink Friday, Pink Friday Reloaded and Pinkprint are certified double platinum or better. Respectable in its own right.Many people are fans of Nicki and overall her flows are dope. Given the progress she has made in her career she is definitely a generational talent.

On the other hand, Cardi is that new face on the scene with a lot to prove droppin’ straight bombs (in a way that Nicki hasn’t done in a while). You can't fake the hunger! Cardi B’s Bodak Yellow is the longest running No. 1 song by a solo female rapper in Hot-100 history passing Lauryn Hill’s 1998 smash Doo-Wop (That Thing). Bodak Yellow was certified triple platinum in back November 2017.

This is the perfect time for Nicki to do what Hov did once he became a decorated veteran and embrace the next wave. Her barbies have grown up and Cardi is the new voice of the bad b****es (affectionately). Let’s face it Nicki has been playing for the Wizards for a minute now. Her verses have been lackluster, vanilla at best, and her response to Remy (if you want to call it one) was too little too late. In this era defined by artists making more than a plethora of music together, you mean to tell me Nicki and Cardi can't do a song together? And don’t give me Motor Sport! (we’ll get into that shortly).

I’m sure there were many people who did not set out to be a fan of Cardi B’s music especially being that she was on Love and Hip-Hop! Personally, I successfully ignored Cardi B until my lady recommended that I give her an honest listen. Immediately I was impressed by her skill and delivery. Ever since then I’ve been keeping an ear out for her feature verses and soon would come G-Eazy’s No limit and Migos’ Motor Sport. Let’s address Motor Sport. It was a mail-in. Migos are mutual friends of them both (clearly). You can’t really consider that a true collaboration between Nicki and Cardi, although it was interesting to hear that Nicki’s original verse on Motor Sport was different from the version we hear today.

Cardi’s verse was hungry. You could here her message coming through very clear letting us know, “I HAVE ARRIVED!”. Nicki’s verse was a reminder of why she has dominated Hip-Hop since her 2010 Monster verse.