Music Makes Me High — The Year Ahead 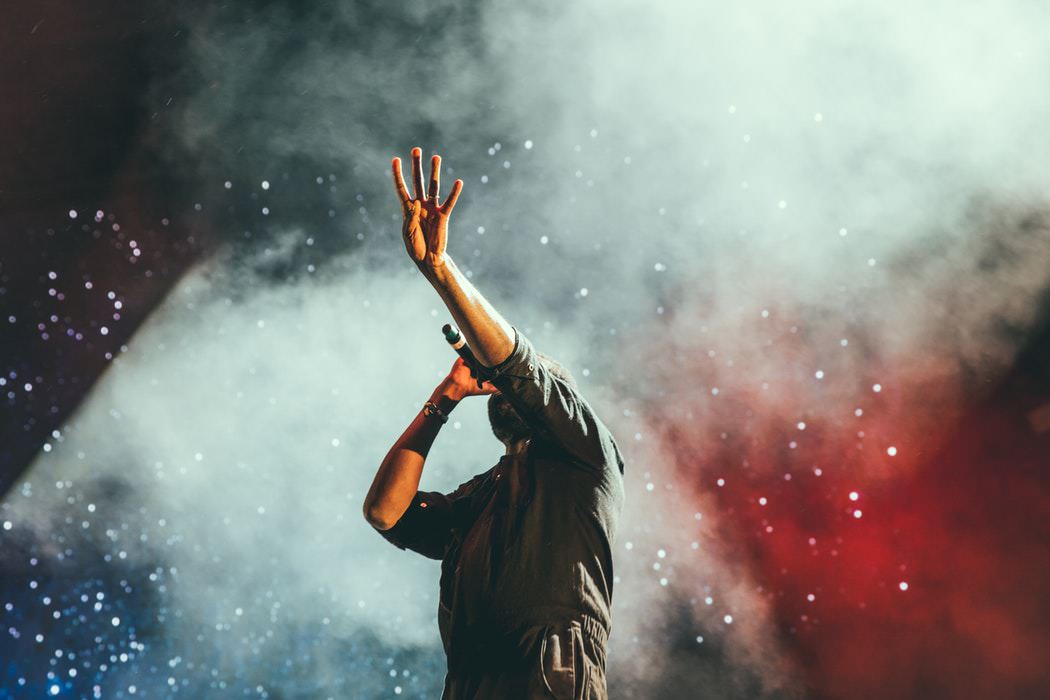 The Swedish duo comprised of Johanna and Klara Söderberg release their fourth studio album entitled Ruins on January 19th off of Columbia Records and after hearing the singles “Postcard” and “Fireworks”, we are excited to hear the whole record. From hearing “Postcard”, the record holds traces of folk elements intertwined with waves of a swelling guitar. Their mirroring, melodic voices draw you with with every lyric and you can hear the ranging emotion. Every record the duo release is deeply resonating and always compelling from start to finish.

If you don’t already know The Vaccines, it’s time to go carve out several hours and catch up with the records before the follow up to 2015’s “English Graffiti” is released in March, called “Combat Sports.” The british rockers said to NME that the record can be described of as “brash, bold, rock and roll songs that mix melancholy and euphoria.” The Vaccines have crafted a refreshing, authentic rock sound from the beginning with their first record “What Did You Expect From The Vaccines?” and bring a dynamism in every song. The band has announced a UK tour in support of the new record and will hopefully be coming back for North American Tour. No track off the new record has been released yet, but we are keeping our ears to the ground.

The Vaccines are that dynamic, energetic rock band that you hope sound just as great live as they do on vinyl or streaming. Which for the record, they do. The band began back in 2011 and have become known as of the U.K’s great rock acts.

Kimbra- Pop artist Kimbra is about to share a who new record next year called “Primal Heart” and if her recently released singles are any indication of what’s to come, her new album is gonna be out of this world. The New Zealand export has crafted alternative pop music that isn’t another collection of superficial, bubblegum music with a catchy chorus. She welds together levels instrumentals that draw you in and exudes a smooth, southful, hypnotic feeling. Kimbra isn’t new to the music world, she released her first record “Vows” in 2011 and has been entrancing us since we heard sophomore release “The Golden Echo”, which was released in 2014. Kimbra’s sonic landscapes grab your attention and constantly compliment her powerful, melodic voice.

Ty Segall- Ty Segall has been a staple in the alt rock for quite some time and has carved himself out a reputation for making quality, psychedelic-garage rock music over the course of his large discography that began with his debut self entitled, solo record released in 2008. Segall is known for being a substantial song-writer and amazing guitar player with a deep love for the 60’s and 70’s psych-glam rock, which has influenced so many of today’s garage, psychedelic bands making the rounds today. Segall is releasing another album called “Freedom’s Goblin” on January 26th on Drag City Records and has already released six tracks from the upcoming record, the most recent single being “Fanny Dog.” The new album follows his second self-entitled record, which came out this past January. He has a short set of tour dates for this month, January and then a longer tour leg happening in April in support of the new record. Ty Segall is a consistent musician, who time and again offers up comprehensive, original albums and we predict “Freedom’s Goblin” won’t miss a beat.

Col3trane- If you haven’t heard of Col3trane before, we are here to tell you he is one to watch. The British artist, whose real name is Cole Basta, makes tracks that combines elements from R & B, pop and hip-hop. His new mixtape entitled “Tsarina” consists of ten moving tracks that effortlessly rolls on and because of the interesting layers with each song, boredom isn’t something that is a feeling that arises when listening to the record. We are keeping an eye on Col3trane to see what is coming from this in 2018 for sure.

Lucy Dacus: The indie rock singer released her first record only last year called “No Burden” and is definitely one of those artists that should be listened to daily, if possible. Dacus recently announced her new album “Historian” will be coming out on March 2nd via Matador Records and our excitement has propelled us to listen to her new single “Night Shift” countless times. In an interview with NPR, She said her new record "isn't a breakup album, but it is about loss and how far hope can go." When listening to the single, that idea is clearly interwoven into the lyrics such as:

“I’m fine, doing trying to derail my one track mind

Regaining my self-worth in record time

Her beautiful lyricism is a staple of her music and is what help her first record and new single resonate so strongly with audiences. Lucy Dacus’s music brings to mind the work of Angel Olsen and Big Thief, just the emotion and insight you find isn’t something that you are always able to find.

Porches- Aaron Maine or known more by his music moniker Porches is another artist that may not be completely new, but has captured our attention with his second single “Find Me” from his forthcoming studio album “The House.” Porches’ ability to create a level of intimacy within a upbeat, electronic-pop track hits you in the face, the way you always hope a song will. He rose to the spotlight with the release of his second studio album “The Pool”, which came out this past year. His second record is an exploration of being in a kind of an in between zone and not really sure where is supposed to be, or he wants to be in a specific circle of people. That search of belonging continues on into the new single with a motivating, electronic push. So be on the lookout for the new Porches album out on Domino records next year.